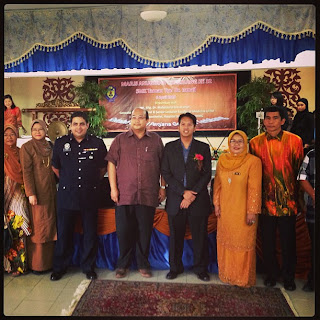 I was invited (which i thought) to the Hari Anugerah Cemerlang of my secondary school. Honestly, it did not cross my mind that i was the Guest of Honour haha I thought i was just one of the ex-students invited to give a minute or two speech to the current students on their Prize Giving Day.Puan Nurhana made the courtesy call and of course , for SMTTDI I will never not attend!
When i received the text that was written for me few days before the event, only then did i realize that I WAS THE VIP hahaha I was oncall the day before and was crossing my fingers that nothing urgent would happen early in the morning. ALAS.. at 7am, my MO called for help as she was struggling to insert lines for an 11 year old who was going for craniectomy. Alhamdulillah, i managed to sort out the invasive lines in just 10 minutes. And there I was rushing to SMTTDI on a Saturday morning. 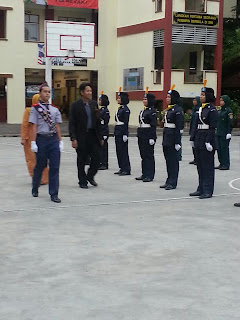 Just as how was planned, I arrived on time! The crowd was ready for me and for the first time in my life, I was given the honour to inspect the line. It was refreshing to see the glimmering eyes of the young students; in an assembly. Honestly I was tired as literally i did not have much sleep but being there was adrenaline rush for me. 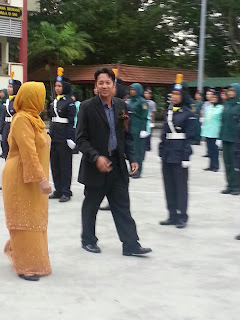 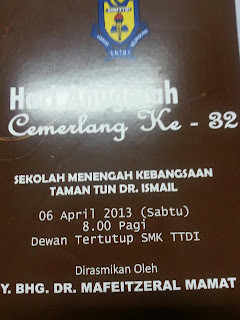 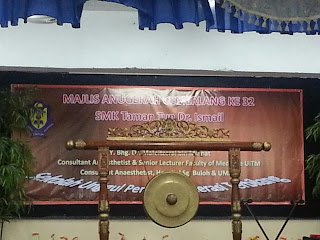 The event went well and it was nostalgic to see the students performing & receiving their prizes for their excellence. It was good to meet up with my former teachers, Ustaz, Cikgu Azhar, Puan Nurhana.. the stalwarts of SMTTDI. 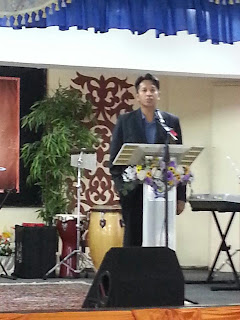 Thank you Datin and SMTTDI for inviting me. I am always ready to motivate and inspire the young. Especially to strive; coming from a simple day school like ours.
Indah permai sekolah kami, Sekolah Menengah Taman Tun Dr Ismail,
Mendidik putera puteri negara, demi nusa dan bangsa.
Posted by mafeitz at 5:38 pm 1 comment: