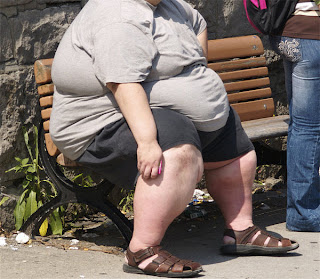 I rarely get really obese pregnant mums for caesar.. of course pregnant mothers will always be overweight but to have a normally obese lady becoming pregnant is an upmost challenge! I've done quite a few previously but none matched the one I had the day before.. 150kg mother, primi.. just ate two hours ago and came for her usual antenatal follow up.. they can't detect her fetal heart rate.. the scan did not look good so : decision for LSCS..
when she arrived in OT.. hmmm... wow.. airway can be real bad if one opts for GA and the option is for regional.. i don't see any other way to ensure both mother and baby safety... "fat chance" hey? hahaha
you cant feel anything behind there.. totally fat up and below... so how ah? well..i took the longest needle i can find and the only way to do it was the "ada rasa karen tak?" method.. it was not easy nevertheless but alhamdulillah.. i got it.. and LSCS with baby was well.. :)
******************************* 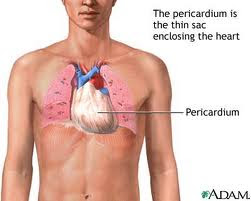 I was in cardiac OT again.. and we were doing a fairly simple "pericardial stripping" case. This unfortunate gentleman had gut TB few months back and had since went into cardiac failure symptoms. The cardiologists thought it would benefit him to have the fibrosed pericardium to be peeled off so that the heart can contract better and perhaps improve his failure symptoms. He was otherwise healthy before that bout of infection.
It was a simple sternotomy with the heart visualised directly. it looked dirty and very typical of infection like lesion around the heart. of course, with such fibrosis you can never predict the friability.. and yup, to make the story interesting the right atrium pun TER-BOCOR!! waaa... major resus done as the cardiac output was literally off the drain! it was impossible to close the defect immediately and the heart stopped beating almost immediately. The trainee cardiac surgeon had to commence the direct cardiac massage with the main surgeon busy trying very fast to establish a fem-fem bypass to the CPB machine.. And of course, the anaesthetists all working overtime as manual "Level-1": pumping as much blood and volume into the circulation to maintain it before one can define death phsilogically! We could lose the guy anytime.. he was at the verge of death due to no more blood in his circulation!
We managed to put him on bypass and that geve the surgeon the time to repair what was damaged.. but it was not an easy task.. They did not close the chest as the possibility for reopening the chest was there! The success for the episode was; we were able to get him of the bypass machine... and such release. Till date he is still in CICU and I'm not sure if he can make it..
*****************************
Adrenaline rush on the go? only crazy people would yearn for a career like this... hahaha so am I in that category? haha
Posted by mafeitz at 10:02 pm 1 comment: Links to this post

In the last few months, I've been buying books - actual books which is not related to medicine or aanesthesia. I dunno why i was compelled to do so..but since its with income tax relief thingy.. why not fill in my library? And for my birthday yesterday.. i bought another 2 books which i hope i will be able to read and finish..as the earlier books, macam sketches la..here and there.. haha I've always had this thingy about NLP.. i don't really know what it is and i cant be bothered to go for the course. one because it is expensive. two.. i don't have the time. Therefore the opportunity to read and teach yourself was something i thought was a good thing to do.. but till now.. still reading it.. hahah 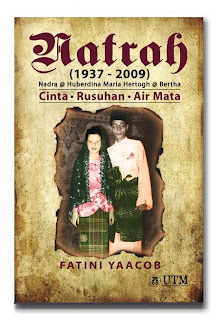 I bought this after watching the theatre. I'm always a history buff therefore history recollections like this is a must to have! I've yet to browse and read it thoroughly but I've managed to flick through the historical official papers.. I collect Malaysia history books tau! 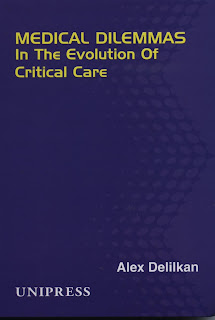 I bought this book as a tribute to my idol..Prof Emeritus Alex Delilkan. I should have taken the autographed paperback during last year's Anaesthesia day but never got to do that.. so i recently bought this mainly as my Malaysian reference ..for my review article that he reviewed! 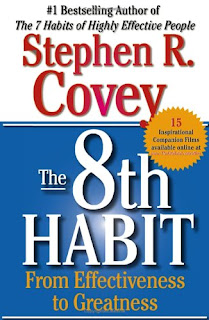 Yup... This is what i got for my 34th birthday! the 8th habit.. I didn't read the 7 habits and now i go straight into the 8th habit. Typical of me eih.. hahaha ilmu sesat kang.. 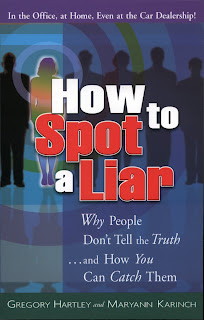 I thought this was interesting.. but wifey went WTH???? hahahaha
Posted by mafeitz at 7:14 pm No comments: Links to this post

I must thank Dr Lim for inviting me to be part of the faculty in organizing the CVC workshop in Sungai Buloh Hospital. It was an opportunity I would instantly take up as I've always enjoyed to organize and present. Talking about our bread and butter, putting in central catheters is not something difficult to do and as ever to share with the young ones. 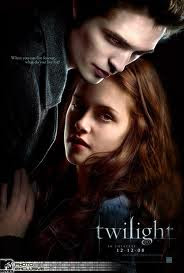 The day started with lectures and my lecture was about CVC insertion via landmark technique. And as always, I could not resist the temptation to present it my way.. with pictures and graphic which anybody would enjoy. Mr Reindhart from Bbraun Germany complimented my presentation where he thought the germans themselves would be smiling when looking at my slides!
Suraya,Tie,Shymala and Suzana did their bit and the excellent team about this team was we all did our presentation on time! e had loads of extra time before the afternon session which was about demo using ultrasound and the insertion of CVC via models. I had fun with the GE phantom models to play with.. and i guess everybody should have this to practice with especially for those keen on the ultrasound guided regional anaesthesia. 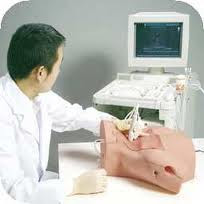 Later in the afternoon, me & Tie demonstrated on how to insert CV line for ICU patients. My patient looked Ok but somehow i could not thread the guidewire in!! hahaha really went haywire not according to plan! I was sweating all over for the inability to do it in 5 minutes.. hahahaha it had to be me isn't it? but in the end, after the failure of Right subclavian and then to left internal jugular( which surprisingly under u's guidane totally collapsed!!) and to the left subclavian which maybe in retrospective i should have attempted the first time.. hahahaha 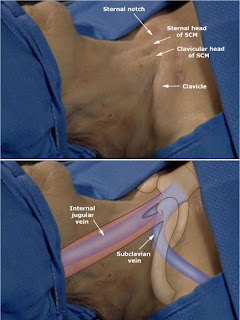 Posted by mafeitz at 11:39 pm No comments: Links to this post

Wow.. I am really neglecting my blog! Look at my last post which was last month! I guess its the thought block period and somehow i could not get myself to sit down and write.. like i previously did,how i used to... hmmm... need to get back the blogging spirit somehow..
Im 34 today.. Happy birthday to me.. hahaha Honestly, i cant believe I am at this age.. progressing towards 4-o which is not that far away. I am getting older.. and older.. and maaannn... betul2 rasa cam midlife crisis!
I am currently fitting in well with my Sungai Buloh environment, started doing OT and enjoying every bit. I must thank Dr Lim for his generosity and courtesy to take us to be part of the KKM family. I enjoy working my new colleagues here who I've met previously, either in HKL and UM.. an excellent working group! Of course, Jeya "Chief" is my highlight as everyday is a good day for us .. hahaha why la chief???!!!!
The challenge as a specialist now is to train my young ones to be future anaesthetists! Its totally different from my previous 4 years in UM..where most of the MOs on my side and others are experienced enough to handle ourselves.
UiTM with our "mega-super" plan is progressing under KY. And being a part of it is a challenge by itself. To set up my own anaesthesia department with my limited experience can be daunting but if i don't do it..then who will?It is ironically something that i enjoy and dont mind doing because charting my own future will be my own responsibility. I am glad that I'm slowly going into cardiac anaesthesia with Mondays and Tuesdays being in Um with Prof Wang and Prof Marzi.
to 34 and infinity.. and beyond... :)
Posted by mafeitz at 11:24 pm 2 comments: Links to this post