The commitment by parents is no joke. 3 days of National Age group competition. Dzaeffran participated in the under 10 category. It was the first time for him and for me! Haha This was an opportunity that does not come often. He is fortunate enough to be in the school's elite chess club. SKBJ has a strong tradition in chess and for Dzaeffran to be able to be part of the team is an achievement. 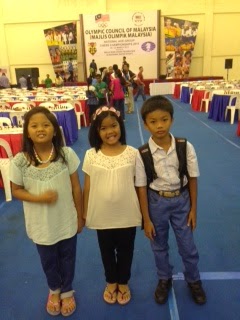 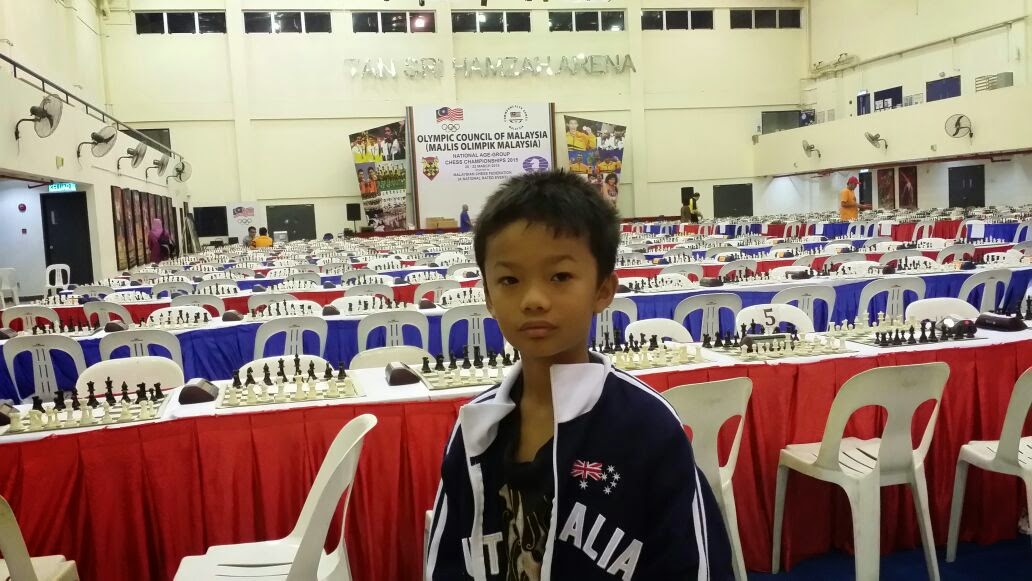 In a way, he represented Chess Club of Selangor to go against other participants from around the country. I was never really involve in the chess scene and it was such an eye opener. This competition is definitely for the top chess players in the country! haha i was jittery too as i don't really know how he would fare. Players looked ready to maul their opponents!  As long as tak last.. my motto.. haha 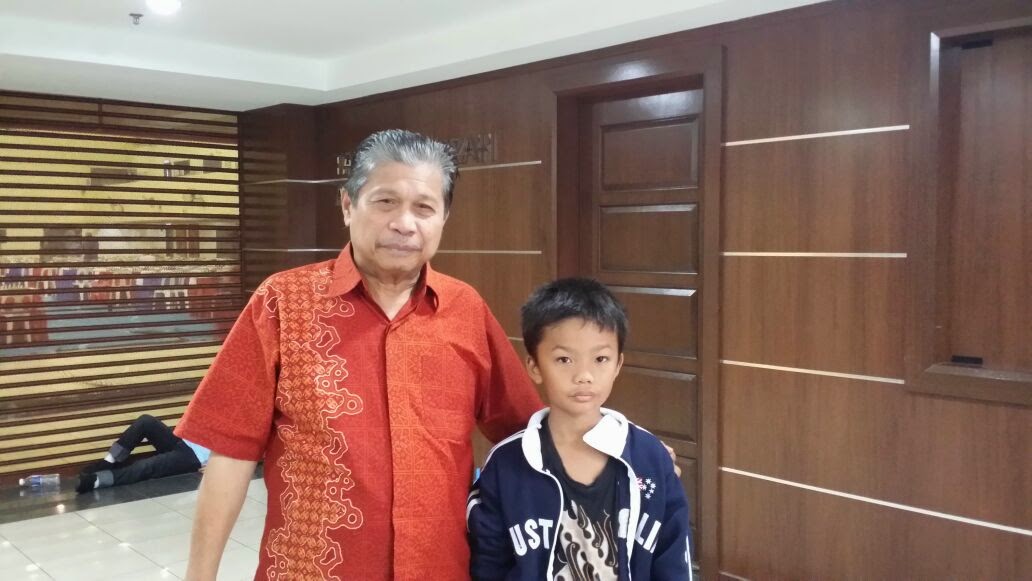 Papa sent him on Saturday. 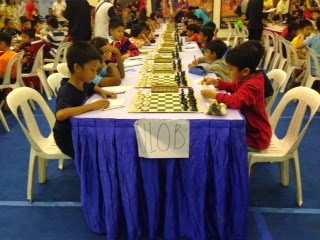 The competition was held in Olympic Hotel, right smack in central KL. This used to be the main hotel for our athletes, being in the same vicinity as stadium Merdeka and Negara. Such memories from the past! 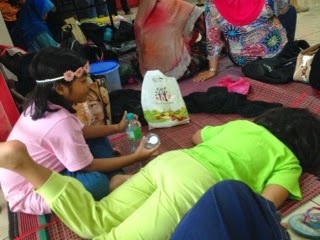 Bosan menunggu haha
Dzaeffran played 8 games and won 4. It was clear where he was in the rankings as i could see the level of his gameplay against his opponents.Still,  I don't think i could do what he did in the 3 days. I could see how he can be really focused and at the same time to cool.. haha What i appreciated most was his perseverence despite being at a disadvantage in the game. Memang never die attitude and he'd fight till the end not giving up. Insha Allah, that will be a good trait for him to have in facing his life in the future. 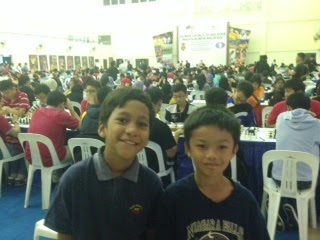 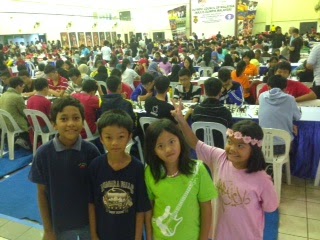 Good job my son.. it was such a pleasure to be by your side watching you :)
Posted by mafeitz at 9:37 am 2 comments: Links to this post 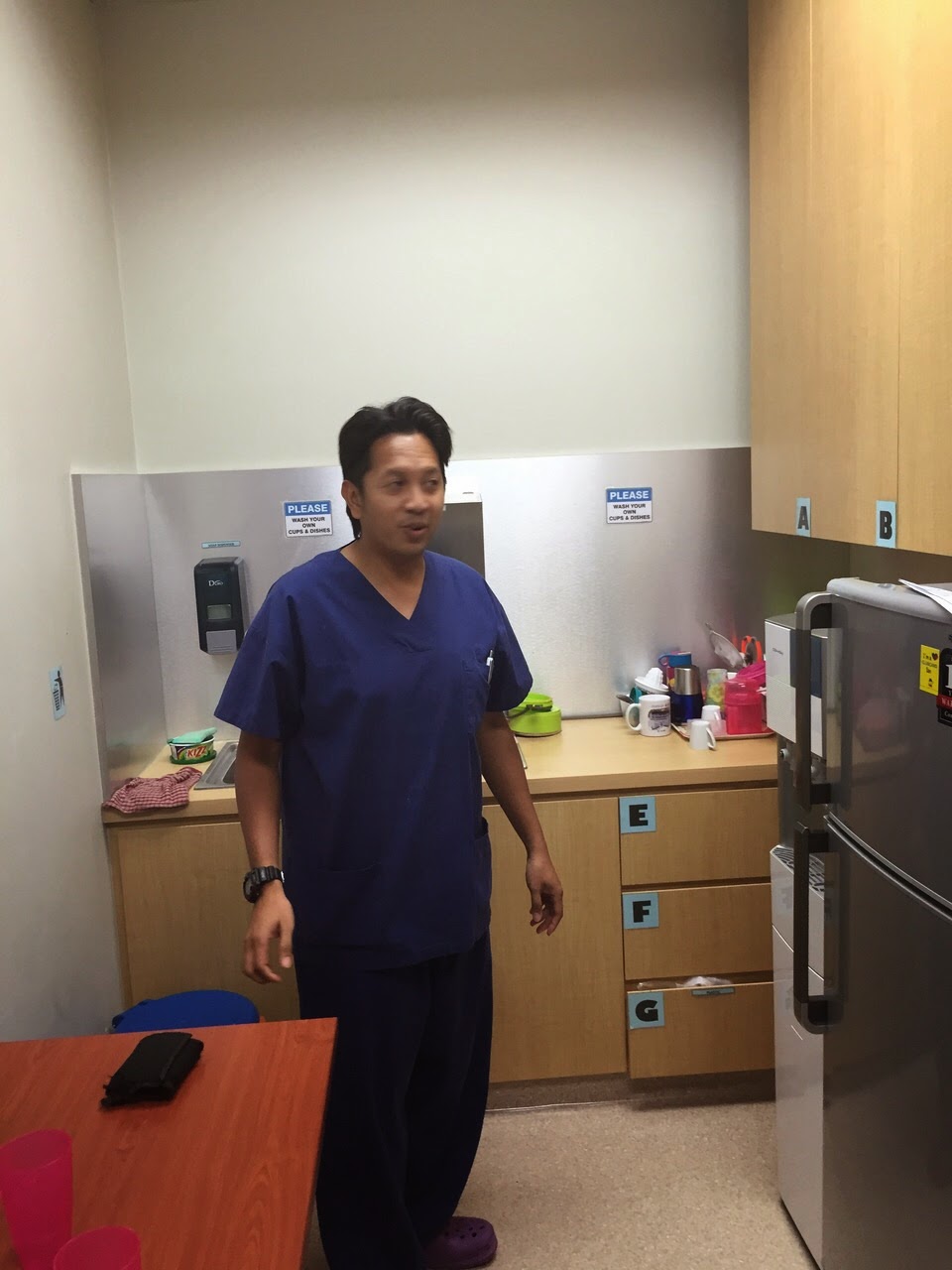 We had a busy day yesterday. The cases kept coming, semi emergency and emergency. It was past Isha' and i have just finished my trauma case.

And the double shot super long black of kapal api kept me awake till i cannot sleep overnight!!  hahaha
Posted by mafeitz at 9:42 am No comments: Links to this post

Somehow or rather, MDQ1 loves extra co-curricular activities. I would not be surprised as I do know from whom he inherited the trait from. Last night he asked wifey whether he could join the angklung team and as the tigress..  of course no! haha He has been joining lots of activities that we thought we should limit his multi involvement for now .SKBJ is quite famous for her angklung group (got this info last weekend) but on top of what he is involved in now, cukupla dulu! 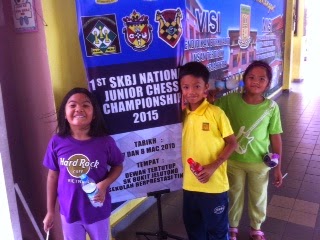 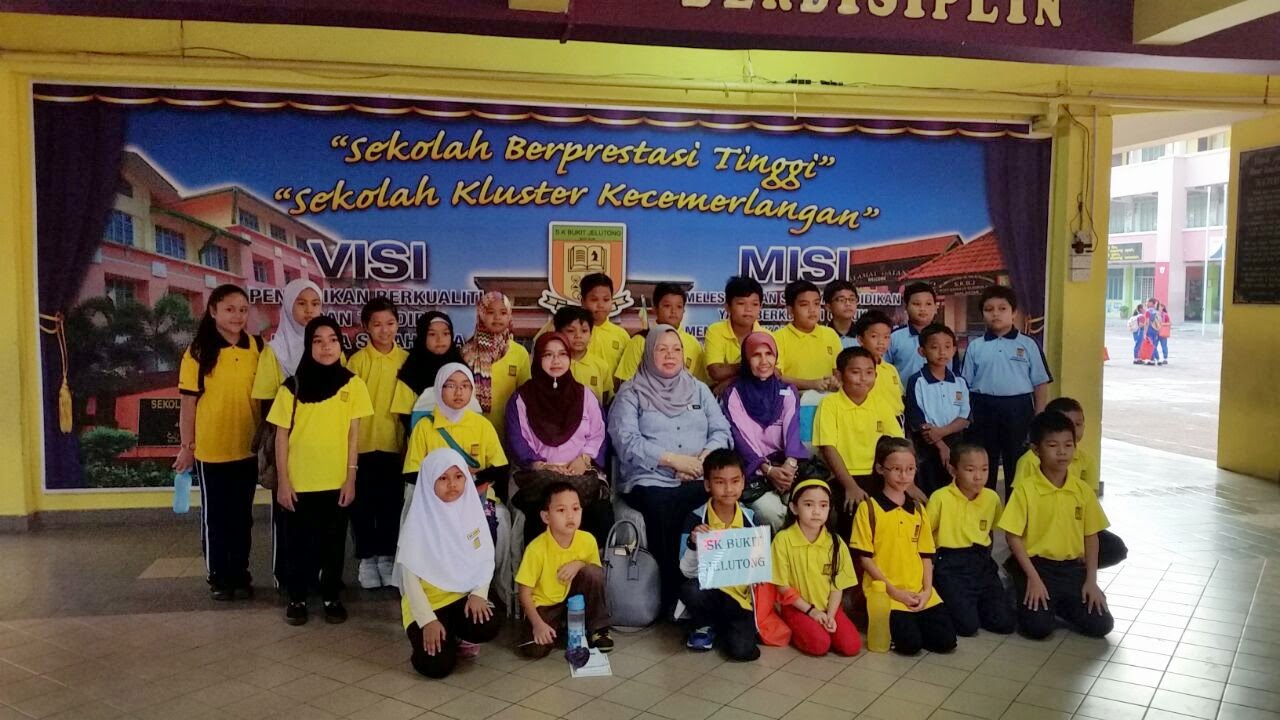 Last weekend, as one of the 30 elite members of the chess club, he was enrolled in the school's first junior chess tournament. What made the competition impressive was the participation from schools from all around the country, as the event was nationally rated. 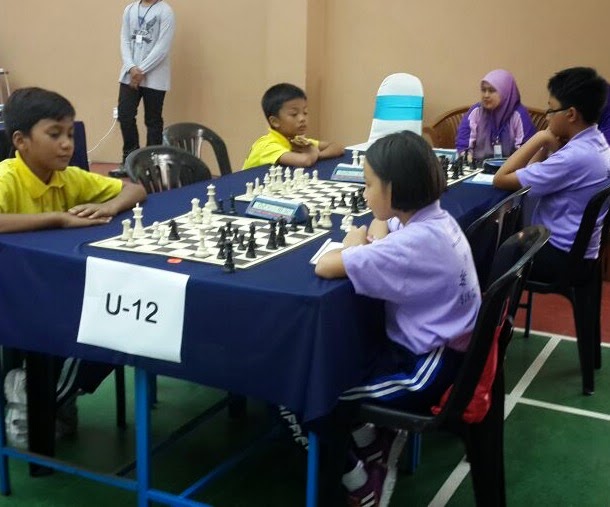 MDQ1 was scheduled to play in the u-12 category as there were only the u-9 and u-12 for the taking. I thought it is good for exposure especially the tournament feel. It is different from the normal social play. Tactics, intimidation, aura.. a lot of external factors that may help with your game.

What i like about the school's chess club is their commitment; they have a coach on board and he trains them every week. Qayyum knows a number of opening and he is quite good at it, though may not be a champion or winner material at the moment. He is better off than i was at his age, main chess pun belasah je.. tau pun tactic; 4 step checkmate hahaha 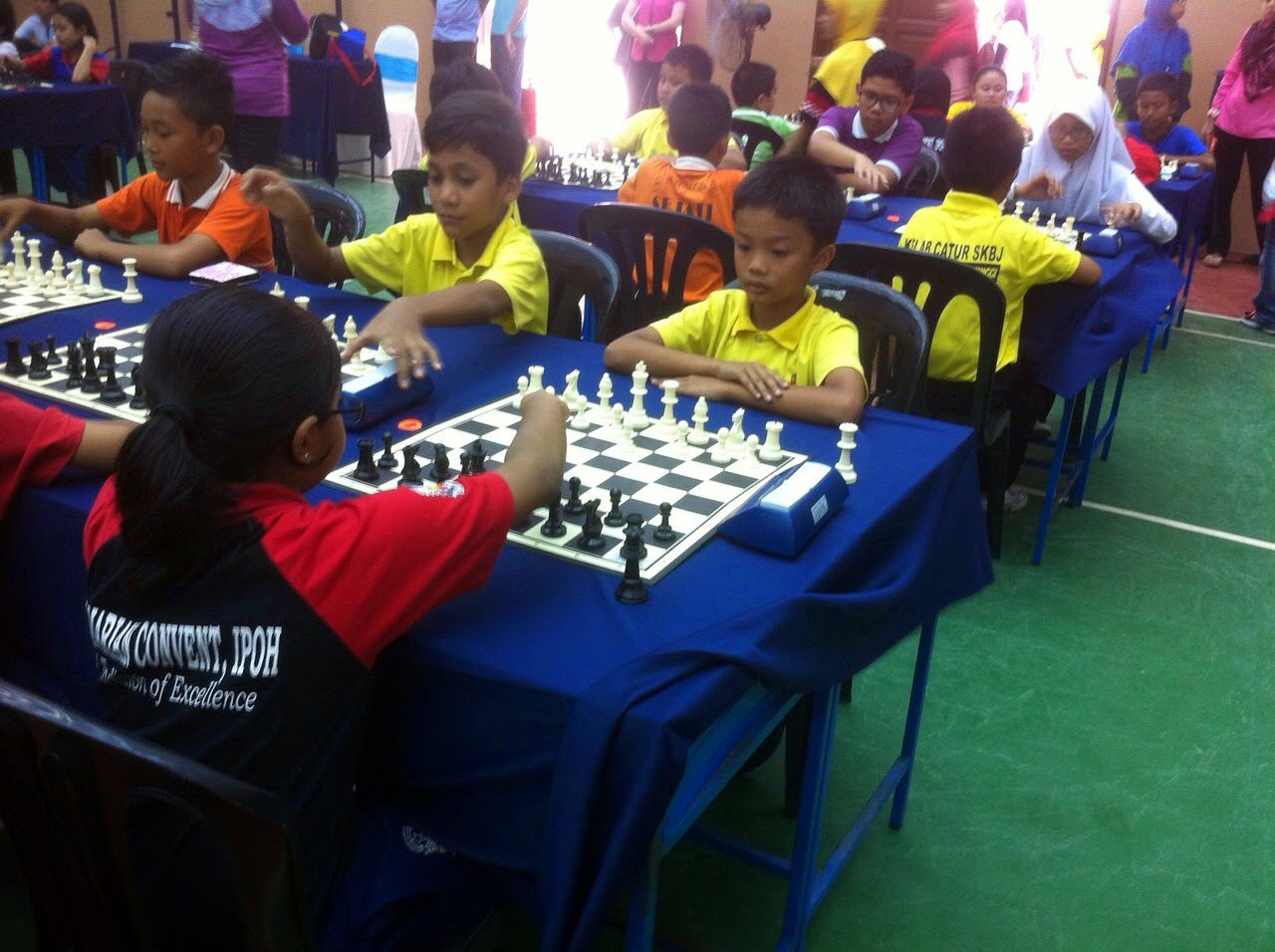 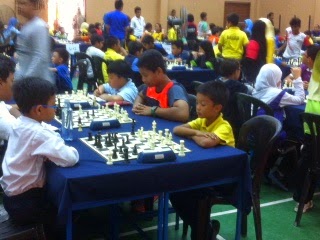 Qayyum won 3 out of his 8 games. I had the opportunity to watch him play and honestly, i am amazed with his calmness. He is totally a poker person as if having no emotions. He is brave to play whoever as evident with his first opponent; he was 12 and big sized; totally intimidated if it was me. He played on and scored a win with this guy haha He has a good heart and his determination is strong. He was willing to fight till the end! I appreciated that trait a lot as he was definitely not a quitter. In the game i saw, he lost his queen early but he fought on to redeem his queen! I saw the opponent panicking but becasue qayyum was too relaxed, he made a silly mistake and paid the price! Haha cool job la budak ni..
Insha Allah, he will be joining the national junior chess open in KL during the school holidays. We will see how he will fare insha allah.
Posted by mafeitz at 2:16 pm No comments: Links to this post

We are coming to mid March and the cases has picked up. Last month, the number of cases we had were awful. I guess because of the festive period of chinese new year. It is a reflex to feel a little bit worried when the number of cases declined after a good high towards the end of 2014. Being green in private practice, i reckon its normal to have that worry since my income depends a lot on the number of cases i do! Haha Its purely business, if there is none, then i will not be paid.
That is the difference when one works as an employee and becoming independent. The services we offer is considered a business and soon enough, we are affected by GST. It is unfortunate because it will not be really our charges that will escalate, but the total cost to the consumers ie patients. We will see what will be transpired when it comes.
I have myself been a slacker in updating my blog.Life has been hectic at home too when wifey when for her courses during the weekend. What courses? haha a mix of duniawi and ukhrawi! Alhamdulillah, I am glad that she now have something outside the house as an interest. It is good for your mental health being involved in something other than your personal life. It releases your stress though it can create more stress haha
February has also been a reflecting month for me. Life is plentiful and I am thankful to Allah for his blessings. The future is bright and it is about options and steps that we take. Some risky some playing safe but the decisions made should be with knowledge and a bit of wisdom.
Happy March everyone!
Posted by mafeitz at 8:26 am No comments: Links to this post