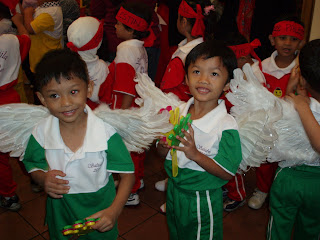 Once you have children, whatever they do especially in the early years matters so much and takes priority. Nothing they do is not insignificant and you live to witness this moment : to enjoy and savour it as its always them who makes everything that you do worth it. 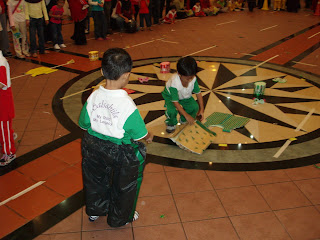 It was again Salsabiila Sports Day and both Qayyum and Qaisya are involved. I'm pretty confident about Qayyum especially after his surprise last year but with Qaisya, we're always sceptical whether she can perform when asked to.
Qaisya was involved in an event where she was supposed to start the race. However as soon as the whistle was blown, she freaked out!! hahaha she just went beserk and cried! hahaha we thought so this would happen.. i tried to coax her to try, and with force she was pushed on the small tricycle but of course, she did it in her upmost disgust! hahaha.. i managed to video the went beserk moment.. classic! 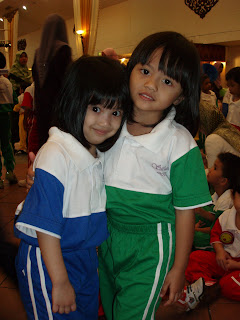 Qayyum did well in his events and we are very proud of them..
Later in the afternoon, we celebrated Dzaeff's 5th birthday at home.. small scale but it was a surprise to him! I'm sure he will remember this ultra-birthday indefinitely! :) 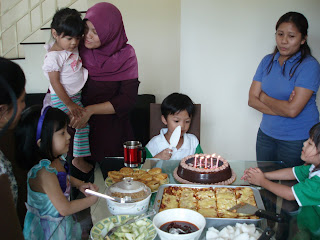 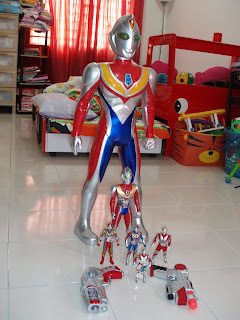 Posted by mafeitz at 2:51 pm 5 comments: Links to this post 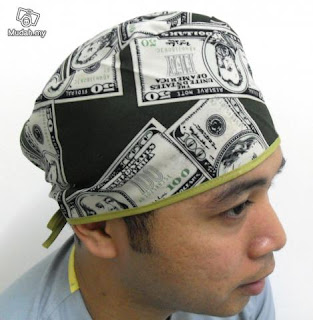 I bought few scrub caps online via sukascrubs -I believe they are based in UKM because i know one of the models! The caps looked cool and I'm sure if their marketing is good: bule jadi kaya wooo. Well, baru je order then nanti tunggulah delivery and I'll model it out for you!
p/s only for the eccentric narcicists.. hahaha kalau tak yg disposable tu dah cukup dah sebenarnya..
Posted by mafeitz at 11:03 am No comments: Links to this post 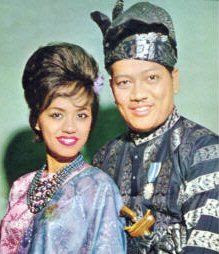 I managed to catch P Ramlee's bio profile on History channel Astro 555 last night. I'm a big fan of History channel and to have a Malaysia-related icon life being opened up is a must see for me. I am a big fan of his movies: Hang Tuah made me want to be a hero, Antara Dua Darjat made me realize the reality of class, Ali Baba Bujang Lapok made me laugh from start till the end. His movies are excellent that when we watch it again and again, despite knowingh the storyline as well as the dialogue: i will not move away from the TV.
It was a fresh presentation: featuring interviews with his friends, ex wives as well as his wife (Saloma) who died in agony many years later : unable to accept his death. Nobody really knew especially my generation that he died as a pauper and unappreciated then. He was at his downfall and nobody cared. He became an outcast; trying very hard to repeat his former glory days. It was good for History channel to focus on this so that we know the real story; that at the end of his greatness; he was depressed and forgotten.
I must say I was impressed with Saloma- who really loved him till the end of her life. She was distraught and remained that way. Her love for P Ramlee was so obvious that everybody talked about it - not pretencious nor publicity searching. She was sincere and cared for him in the days when it looked gloomy for P Ramlee. i managed to catch P Ramlee the musical early this year, and it was certainly the element which was emphasized in their scenes together Remy and Sally :) well honestly, i never looked up upon celebrities' relationships as I feel they are always looking for glam & publicity rather than sincere marriage. Whoever would have thought that Remy and Sally's love were real? Being highly educated does not equate to happiness in marriage life isn't it?
Thank you P Ramlee for showing the world Malaysia Boleh then.. and you are the man!
Alfatihah...
Posted by mafeitz at 9:34 am 2 comments: Links to this post