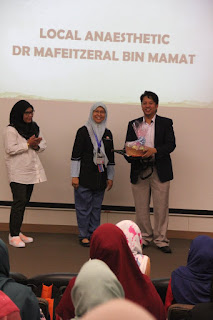 I've always enjoyed being in the teaching role. Hence when there is any invitation to teach i will try my best to come for it. I must say i do miss having students and trainees to share my knowledge with. In the private practice its just you and your peers ; maybe opportunities to co manage certain complex cases but its different to teaching somebody younger and raw. 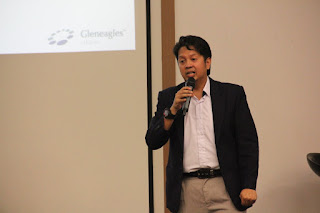 I was invited to give a short talk with regards to acute pain with the HSA pain department. Initially the arrangement was i was to speak for industry but the arrangement collapsed due to recent government strict restrictions. However it was not an issue for me to sepnd an hour or two to talk to the current backbones of Johor main hospital. 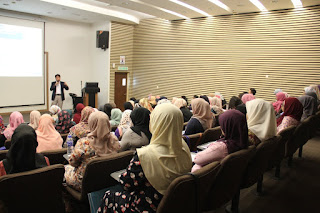 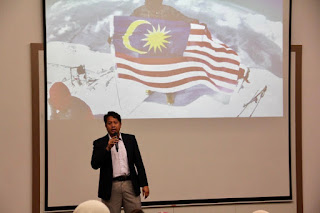 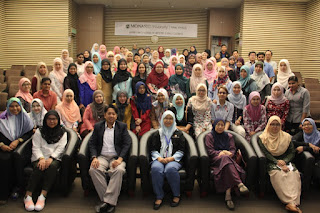 Thank you Dr Nita for the opportunity.
Posted by mafeitz at 7:14 pm No comments: Links to this post

Email ThisBlogThis!Share to TwitterShare to FacebookShare to Pinterest
Labels: Anaesthesia, private practice, so you wannabe an anaesthetist

Last week i had a back to back dinner in the same place! Haha Its in Fraser's place, a new hotel and resort situated in Puteri Harbour. The theme coincidentally was related to each other so i did not have any issues wearing the same thing twice! Haha

Its definitely something staffs would look forward to each year when celebrating such events. Its an important tool in companies and societies; as it will create the feeling of commitment and loyalty. Loyalty is important to nurture in a company but it must be with reason.

I enjoyed the night out and good fun to see people being happy celebrating with each other :)
Posted by mafeitz at 7:06 pm No comments: Links to this post

Last weekend i joined a friend of mine with his consistent charity week during weekends. He and his family would be visiting the asnafs in two places for breakfast. Sometimes they provide dinner as well. All the money is collected via FB- Salam Akhirat. I got to know of it via FB and am very impressed with his commitment. I've always wanted to follow them and hence last weekend i was back in KL. 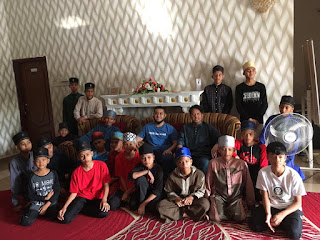 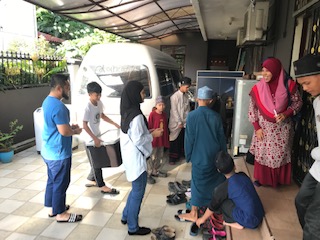 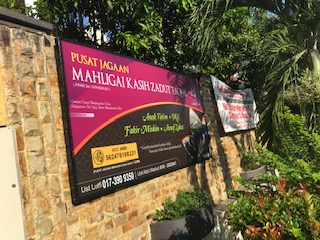 It was more of bringing Qayyum as well. I would love to expose him to charity work. With exposure one would understand why the deed is very addictive. Some would do it to show their worth to others but a number would do it quietly. However, for donations sometimes one must publicise galantly as that is how people will know aboutthe programme. I'm always impressed by Malaysian/s generosity.

We went to 2 places. The first a tahfiz centre for boys. The second is the home for numerous young girls aged between 4-6. 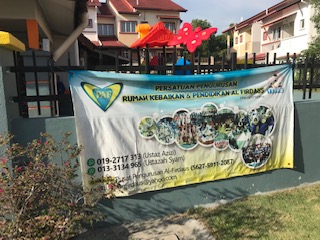 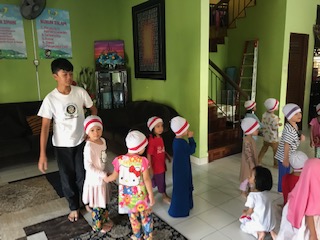 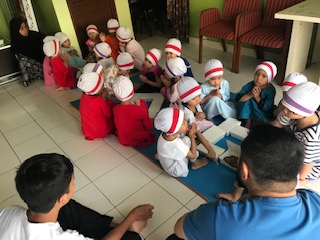 Sometimes it would make a person be thankful for what he has after doing such things. I want Qayyum to know how lucky he is in this world. Alhamdulillah, to have what he wants and see how people who longs for what he has.
Alhamdulillah, it was an enjoyable trip. Hopefully I can follow my friend again in the next few weekends im back in KL.
Posted by mafeitz at 6:50 pm No comments: Links to this post 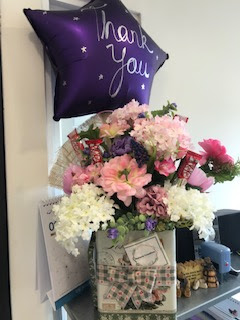 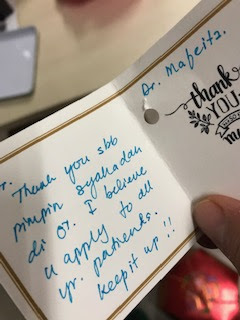 
P/S An unexpected token from a patient :)
Posted by mafeitz at 4:04 pm 1 comment: Links to this post

I am very honoured to be involved with this project with Syariz. This will be my forth mission, and the istiqamah is real. It has always been a fulfilling trip for me and perhaps the one that i look forward to each time. I have been questioned by sceptics and unappreciative individuals for my commitment but perhaps unless you do these things then only one can explain why one loves to do it repeatedly.
Its not just about helping the needy but also my own muhasabah going into remote areas and looking into these kids eyes; poverty, sidelined and hope.
Do contribute in ringgit and sen if you don't have the means to volunteer yourself.
I will update the progress of this project as it reaches its time.

Posted by mafeitz at 11:27 pm No comments: Links to this post

Two years here in Iskandar, Johor. I never imagined that i will be here. I'm enjoying my work, good staff members, good colleague, good remuneration (hehe mestilah no 1!), exciting cases in a tertiary centre. What else could you ask in your career?

Esteemed Department :)
Posted by mafeitz at 4:08 pm No comments: Links to this post

Email ThisBlogThis!Share to TwitterShare to FacebookShare to Pinterest
Labels: JDT, so you wannabe an anaesthetist
Location: Nusajaya, Johor, Malaysia

A thin line between deed and riak

One thing good about blog nowadays, whenever you want to rant it will be in a way personal until somebody actually browse into your blog. Really-really reading your blog. I imagine that one will know one is sincere and not for seeking attention. Unlike the current social media medium; when your post is out, it will appear on a number of people's timeline. Somehow or rather, people will know what you feel at that moment and there will be a thin line between venting out and seeking for attention. 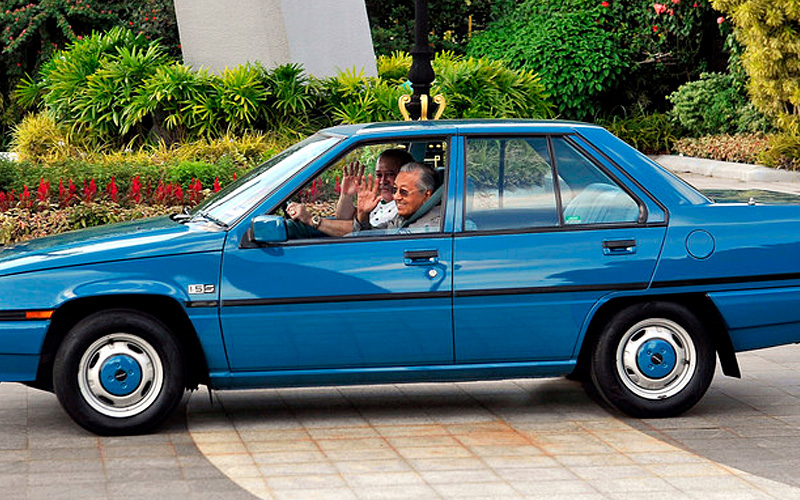 I guess i understand why the act of "mengungkit" is not encourage in our religion. Its evil on both point: the person who boasts on her deeds doing it to hurt another and the person being boasted upon, feeling sad and discouraged. There is no winner in that situation except to hurt the other again and again. Using it as an argument is really hitting below the belt but i guess that is life when the objective is to be always right.

Any point arguing with such person? Nope absolutely pointless! Haha but its easy to say this out but when you are in that situation it is very difficult not to engage in the name of defending yourself. I have however learnt throughout the years to not be jumpy. Its so easy to reply to the arguments and just say things to hurt the other. What is the point? I guess when one is happy to keep it to oneself is the ultimate self control. Takda faedahnya hahaha

People dont read blogs as much as it was at its peak. Since facebook, twitter and instagram came into the picture, blogs are slowly diminishing. I have to concur to this because i dont browse through blogs anymore. Most blogs that i read are inactive now. Who would have thought, this blog thingy would be somehow ancient after 10 years. I was at my peak of blogging then circa 2008-2010  :) But i guess that is how life is.

People tend to browse facebook and twitter more because less writing to read? Haha the truth is people's focus and attention is less with facebook and twitter. As one can see the language used in fb postings are short ; the long winded ones will be skipped anyway. If you are looking for followers, then fb and twitter would be the instrument. Blogging is a different ball game.

My own blog entry has been pathetic the last 2 years so I am guilty as well to let this trend continue. I can give all the reason to justify myself but the truth was i sort of lost interest in blogging :) Simple, straight to the point. Blog is something personal - diary like. Its nice to share thoughts and ideas in this medium.

I am lucky my blog is still around; remember geocities? I do hope that blogspot will be around for the next 10 years. As a back up i should copy and store it somewhere. Looking back at what i wrote then, kelakar juga ( haha puji diri). I guess the blog serves as a virtual diary that can be read by many; that will diminish unless being search upon.

If there are still readers of my blog and in particular this entry, thank you. Thank you for keeping the blogosphere alive. And if we can keep the momentum going, do not be surprise if there is another wave of blogging happy bloggers and readers who will make it popular again!

Posted by mafeitz at 6:09 pm No comments: Links to this post 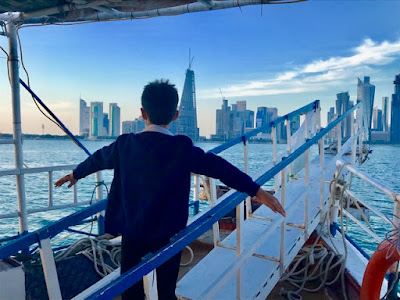 Patient just woke up from her anaesthesia in recovery . The first thing that she did was looking at her previous stoma*  site. The operation planned was to rejoin the previously parted bowel due to an unexpected growth that caused sepsis.

*It is an artificial opening that allows faeces or urine either from the intestine or from the urinary tract to pass.The stoma is created of an end of the intestine, which is brought to the surface of your abdomen to form the stoma (opening)

"Eh, belum buat operation ke?" She asked. She was still dazy due to the anaesthetic effect.


The stoma was the cause of her depression. She was still young of child bearing age and was looking forward for this day. Gone will be the days when she does not have to see her stoma bag full with her faeces. She became withdrawn after the surgery because she felt embarrassed to the society. She felt herself dirty carrying the faeces back all over.

Its tough to break the news to her for the failure of the intent operation today.

The patient with her husband nodded. It must have been the umteenth time somebody is explaining the objective of the surgery today. I did see on the notes ; my surgeon and my respiratory physician detailed extensively the consent explanation.

That morning, the whole family waited outside the OT. With hope for a miracle. Based on the CT scan and PET scan, it did not look promising. Her father was in his wheelchair, her two children brought their toys to play with knowing how boring it can be waiting. Her husband was full of hope, requesting my nurse to keep the "yasin" in the pillow throughout the surgery.

We did not proceed with the surgery after receiving the call from the pathologist.

Handling the family and patient's emotion is not easy. In my profession, I would be one of the first to witness the hope and expectations as soon as the bad news come around. Its an everyday story everywhere.

Seeing this all make me wonder how we should be thankful for whatever we have at the moment. The moment the crisis steps in, its a roller coaster ride. Its easy to think how we do not have enough but if we step back and look around us, we would be surprise how lucky we are to have what we already have. Its so easy to see our own misfortunes but when we compare, what we thought was bad is not as how people dealing with worst scenarios have to deal with.

Arrogance, self mindedness is something i would pray to god to not me fall into the trap of declaring as such. That is why I appreciate my work, it reminds me a lot how lucky i am.

Posted by mafeitz at 2:07 pm No comments: Links to this post 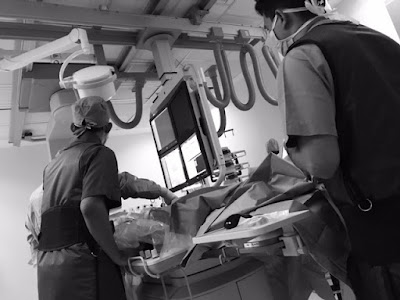 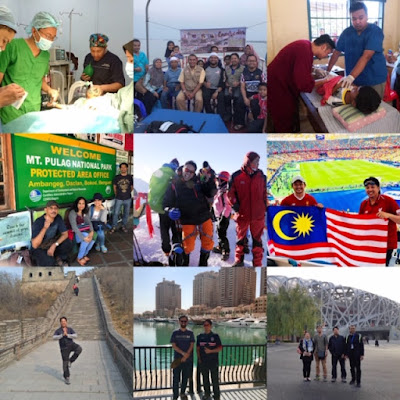 Not bad eih juggling my time to do this. :)
Posted by mafeitz at 2:28 pm No comments: Links to this post

Email ThisBlogThis!Share to TwitterShare to FacebookShare to Pinterest
Labels: so you wannabe an anaesthetist, sports / outdoors 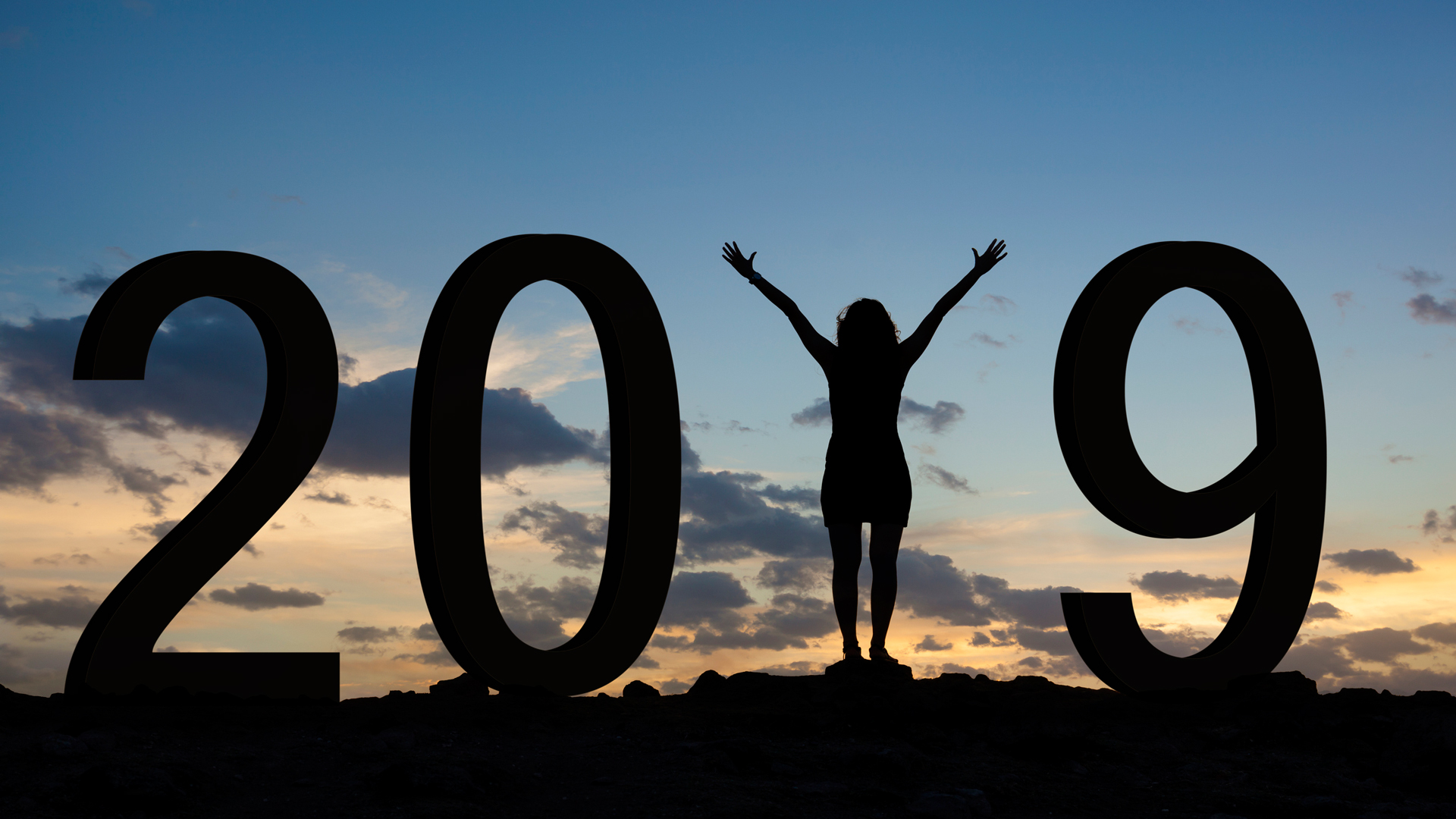 2018 was an eventful year, with ups and downs. Some you would want to remember forever, some you would prefer not to be reminded off. But hey, for me, no regrets. It should be as such then I am as normal as anybody else.

Unfortunately, an old habit resurfaced and that made me sad. The habit who'd haunt me in the past and I thought it had been let go. Obviously not and slowly it is creeping into my day to day mind. God willing i do hope that it is just another phase.

So to 2019!! Lets do it! To more adventures, more endevours and unbreak my heart!
Posted by mafeitz at 2:25 pm No comments: Links to this post