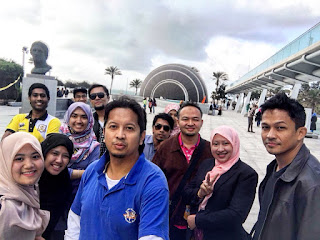 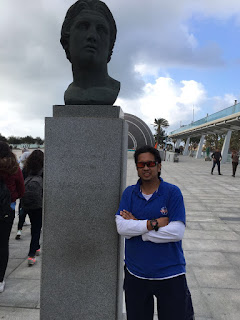 Alexandria was founded in 331 BC by Alexander the Great. Imagine, 331 BC! A civilization since then! I would be proud if i am one of them who originated from Alex. Bordering the Medditeranean sea, no wonder it became the point of civilization since then.
It was the capital city of the Hellenistic, Roman, Byzantine Egypt for 100 years until the muslim conquest in 641 AD. It was the second most powerful city of the ancient world after Rome. 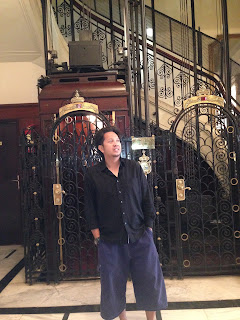 Our entourage travelled for almost 6 hours from Mansoura to Alex. We arrived in Alex near sunset and we were to be ready for our next session that night. We rushed through the city, visited the outside of the oldest library in the world. My regret was we did not have enough time to tour the lod library museum. Apparently the original Taurat is inside along with a lot of other original biblical documents! History freaks like me would have gone orgasm in such displays. Takpelah, a point to return to this city one day insha allah! 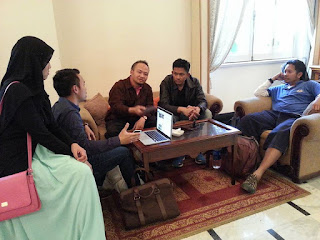 We parted with AF, Azah and Aizzat as they needed to get back home on the weekend. So it was me, Ben and Din who would be the lead for the session that night.
We had a short discussion with Mr Skema, hehe the person in charge for the forum we were having that night before getting ready for the event. Our hotel was excellent! Those 1930s-40s type of hotel with the characteristic chained elevators in the middle of the hotel with butlers. Haha I thoroughly enjoyed the short stay in the hotel. 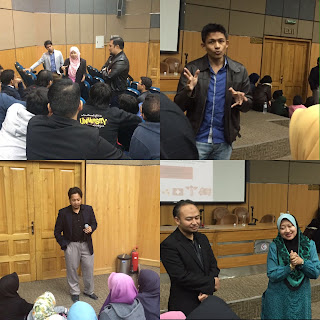 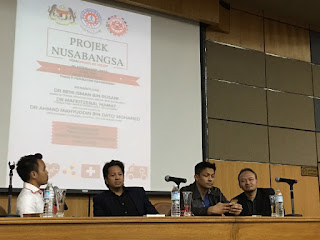 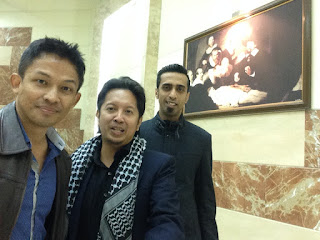 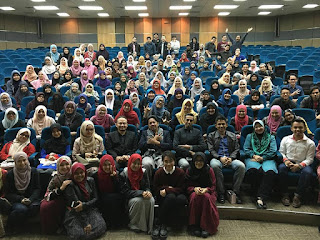 Honestly the session could take all night for if it was not the Egyptian authorities. Haha Typical of them to shoo us away before time. Me were received and Mr Faisal (Chief MARA personnel in Alex) took us out for a treat in Alex after the talk.
The next day, our entourage went for a quickie tour of Alex. It is such a beautiful city on no wonder the powers of the past wanted to own this part of the land. Certainly a breather from the rest of Egypt that we have seen. The people here themselves were of a different kind compared to Cairo and Mansoura. 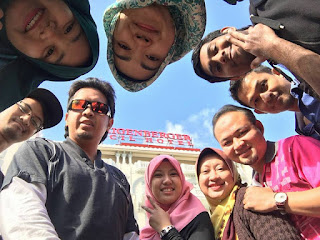 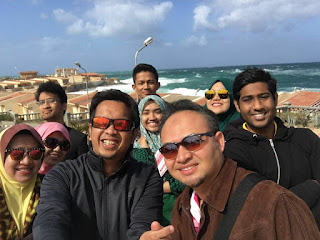 Alhamdulillah, it was a nice end to our tour. Definitely a breather for me away from my hectic schedule. I must thank Whitecoat Enterprise for DIAgnosis2 success. Most importantly to Kelab UMNO luar negara MANSOURA who organized this event and brought us here. It was wonderful to share our experience with our future colleagues Insha Allah. 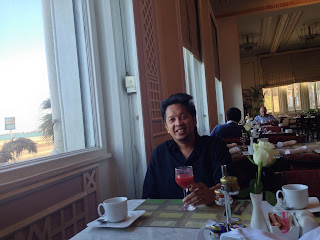 Posted by mafeitz at 10:17 am No comments: Links to this post

Mafiz being the YDP PIBG of SMTTDI came out with a great idea. He has always been the creative one. This year students were to handle the Hari Guru Celebrations. And former students of SMTTDI from 1985 till date will be there, well not all but one or two as the representative. 2 years ago, he planned a one day career with me when I was in CTC. 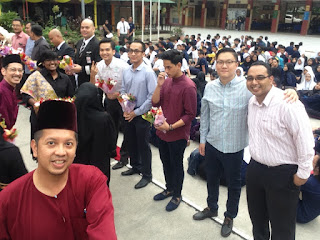 The task of getting everybody was not easy. However, that task was managed well as Mafiz nearly completed the list. There were missing ones but it did not show. We were to appear in our working clothes/uniforms. Showing the kemenjadian of SMTTDI :) Of course i would be keen to join the celebrations. It was my oncall day and my prayers were answered as i was free that morning. 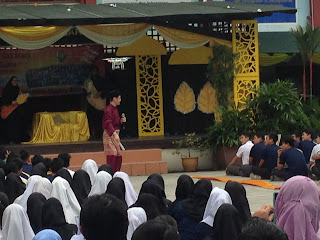 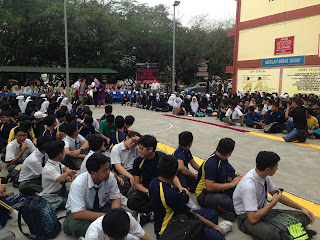 It was held on the day before the school holidays. The teachers were in their full dress; the theme being Kesultanan Melayu Melaka.  I thoroughly enjoyed the event but i had to go by 9am. It was a nice feeling to see the aalumni, my seniors and juniors all being brought up in SMTTDI. During our gimmick, according to Mafiz few teachers cried because they were overwhelmed. What we did was we called upon the senior teachers in SMTTDI like Puan Nurhana and Cikgu Azhar, and they were escorted by us to be celebrated. I felt the goosebumps too. 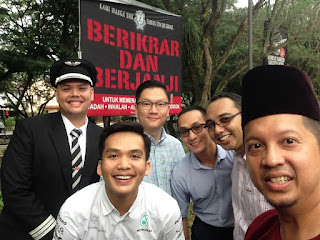 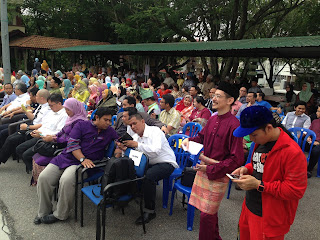 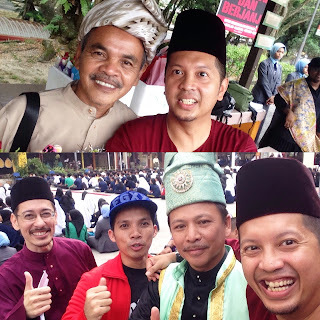 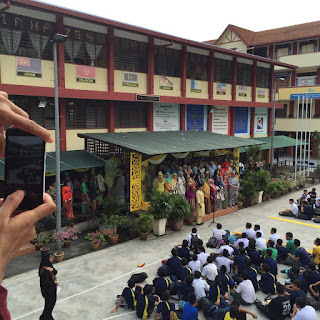 Totally awesome Mafiz! Kudos to you and the students. I am sure more creative juice will flow from that brain of yours to the benefit of the school. 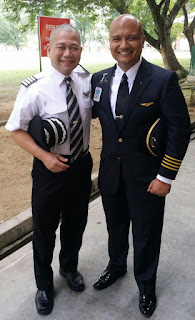 Posted by mafeitz at 7:20 pm No comments: Links to this post 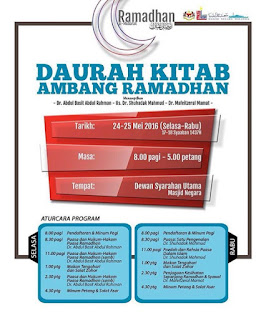 It was an honour to be invited by the Masjid Negara administration to give a talk there regarding Ramadhan and Health. This was the week before Ramadhan and in conjunction with their programme. I believe that Masjid Negara is engaging more variation in their talks - recently Beni and Muiz was invited to give a short talk just before Friday prayers. 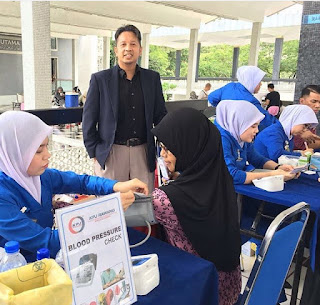 Honestly i was jittery to give this talk as eventhough its medically related, I have no idea who my crowd will be. Further more, it will be in Malay! Engaging people in Malay is more difficult than in English because its not easy to gain people's attention. More so I was given 2 hours slot! Allah.. lama tu and between 2pm to 4 pm! hehe Indeed a challenge. 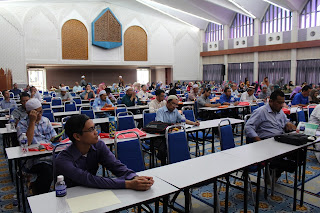 My KPJ was given the opportunity to do their marketing there. Despite Masjid Negara's location, it was quite a surprise to know that people who came for the free screening were staying in Rawang vicinity. I believe it was a good exposure for the hospital to be made known to the public.
I was honestly surprised when i saw a healthy crowd attending the session. I saw them during lunch time as my session was up next. Honestly again, i thought half would go back but I was wrong. They stayed! Haha.. lagilah cuak. 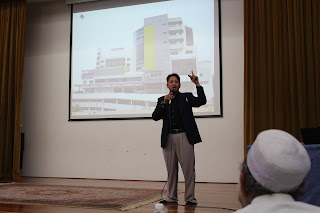 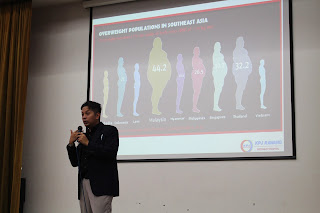 Alhamdulillah, I was quite happy with my delivery. I was expecting to see a big number dozing off but it did not occur. Of course there was a few but not as many as how i would have projected. They seemed interested with my topic and the Q&A was evident. More surprising was i actually talked for 2 hours!  We had a short break after an hour but i did not expect to amaze their attention for that long considering the age group of the crowd. Alhamdulillah, it was not that bad after all. 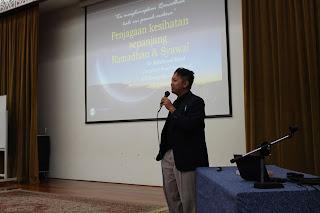 Thank you Naim, the chief PR of Masjid Negara for inviting me. It was a pleasure and Insha Allah, in the time to come I would not mind coming again to share my knowledge.

Posted by mafeitz at 12:48 pm No comments: Links to this post

Interesting question to ponder isn't it?

What would be the reason for you to achieve or do something?
Academically, one would mention god as their main factor. It can be true, it can also be hypocritical. Different people have different reasons i believe.

One of the common factor would be vengeance. Seriously. The more hurt one gets, the more one would one to get back.

How many times you have heard: ..
"I will prove it to him that Im not as fat as he thinks.." or
"Siap kau. Nanti tengoklah aku boleh berjaya! Aku baling-baling duit kat muka dia.. "

Systems of justice… for example, can be regarded as the successful transformation of a deep-seated urge for revenge – euphemized as retribution – which keeps the urge within acceptable boundaries
Frans De Waal,Good Natured, p. 194

In a way, it is quite sad if this was the main reason to achieve a feat. The achievement should be for oneself to be happy with and not for others. However I am sure many of us had fallen into the trap of doing something for somebody else and not for yourselves.

I do blame parents (in general) at times because this would be the first motivation factor for some people to complete something for. I've known doctors who went through medical school for their parents and when they have graduated, they endevoured into something totally opposite. Take Chef Wan for example, he was a certified accountant but he did not have any life satisfaction until he pursued his culinary dream.

I have had my fair share of getting even. It was a strong motivating factor as it kept me going. Betul-betul macam dark side of the force.. haha However along the way i have discovered the true meaning of achievement. It is totally for your own fulfillment. Only then you will be happy with your life. Whatever you achieve is for you and if there is only one person that you want to prove it to, it should be to yourself. Never for somebody else.

It was not easy to get out from vengeance. The sweet smell of revenge has always been the motivation factor. However, I've learnt to let it go and Subhanallah, I've never felt better.

Posted by mafeitz at 4:25 pm No comments: Links to this post

Ramadhan is here again. Alhamdulillah! It is such a great feeling to embrace this month, the holy month of repentance and recharge.

I guess i will never forget Ramadhan 2 years ago, spent in Egypt during the Gaza crisis. An experience that has changed my life totally.
As far as i can remember, my ramadhans since 2001 has its recurrent theme. Patience.. patience.. !! I can never understand why but i guess that is just the way it is. Interesting to note that this recurrent theme has never gone away and would haunt me every ramadhan.
Ramadhan reminds me of painful memories, however what makes it beautiful is the lessons i relearnt.
Have a blessed ramadhan yeah!
Posted by mafeitz at 8:18 am No comments: Links to this post