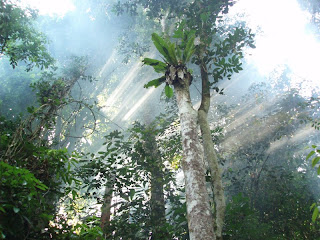 Taking informed consent for anaesthesia is not as simple as ABC. One has to explain fully what is involved and what risks will the patient take while undergoing anaesthesia. Telling the patient that they may not wake up again can sometimes scare them off from surgery !

It has always been THE tradition to :
"Encik mau buat operation ? sain sini aahh.. ," while shoving the pen to the patient's face. Any tom dick and Harry would know how unethical that can be. It still happens yeah !!

Sometimes, it becomes a hassle to the medical carers to explain fully the procedure or things that are to be done to the patient. Few would take time and some could not be bothered and take the easy way out. At the end of the day , it depends on oneself on how to go about it. It is about ethics .. about thinking if it was you in their shoes.

I had a foreign worker today , scheduled for a major Op that may change his lifestyle totally. He can't even understand a single word of Malay or English .. and imagine me explaining him about anaesthesia. He would only understand Burmese ..and only Burmese.

I refused to take his signature , even when he was willing so much to just sign the paper. I'm sorry.. but I needed a translator to settle this matter. You know why ?

i know i should not laugh, but the last part is hillarious. he he he