Did not update my blog yesterday.. Spent the whole day resting and sleeping. My last call in medical was really jonah !! haks.. Did not have any sleep at all - my pager was bleeping all nite non-stop with problems up left and center !!! Muahahahas...

The Saturday went slow in the morning.. well , went back late the nite before after Tekadmons gathering and futsal !! Woke up really lazy .. haks.. went in quite late about 9 am - thought that my specialists were attending the CME.. apparently not !! haks..What a good way to start the day...

THe climax of the call was at 4.30 am , me and sHAKTI ( He was the 2nd call in charge of CCU / CRW - cardiac related units) were sitting talking at the oncall room thinking that the worse was over. The pager bleeped and the one of his patients went VT ( Ventricular Tacycardia which means that hjeart beat went hay wire.. ) Both of us ran to CRW and the initial resuscitation was done by the resident nurses. Apa lagi.. haemodynamically unstable and patient was not arousable.. We shocked him TWICE. He did not respond and the ECG went assystole ! ( straight line .. ) damn !! we continued the CPR and me n Shakti took turns to intubate the patient - the idea was to protect the brain with adequate ventilation.

Unfortunately it was difficult intubation - patient had a short neck and obese. I could not locate the laryngeal opening.. and we failed to intubate him . WE called anaes but the 1st 10 minutes was unsuccesful .. NTAH MANA DIA PERGI !! we were pumping in adrenaline generously ; to maintain the heart beat if it was salvagable.. 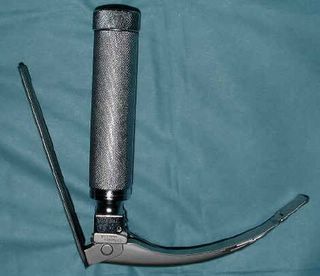 Rai came ( the anaes ) came.. he brought with him a small CEKAP bag.. heks.. in it was a special laryngoscope , had never seen one !! it was difficult too for him , only succesful on his 3rd attempt. HOwever , i think it was too late. He was not responding to the adrenaline ot the CPR. We had to concede and Shakti informed the family. Immediately , the pager bleeped again and Shakti was called to the resus. Another MI !!! haks.. gile teruk..

Damn.. seeing RAi came made me realize - i have to fill in his shoes sooner or later. Takut jugak.. haks.. can i be that competent ?? muahahahas.. time will tell..

SO friends.. wish me luck for my next posting.. starting tomorrow !!! cARPE dIeM jer la eks.. *smile*
Posted by mafeitz at 12:52 am