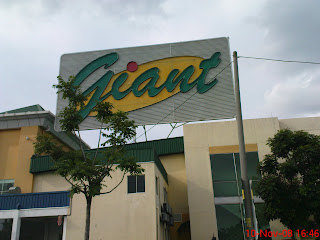 I have this funny habit. I know that woman like to go window or real-shopping when they want to escape from the real world. I have a similar bug since med school. I just love to go and roam around in hypermarkets !! Hahahahah... Seriously !! There is something about wheeling your trolley cart in the hypermarket.It brings peacefulness to your mind.Hahahah pelik tak ?
I guess i picked up this funny habit when I was in UK. It started of with KwikSave in Shrewsbury. That was the place that the whole bunch of us would go during weekends to get our stuff.I ended up goingthere alone during times of despair as well!! Nearing exams , before the results or when you feel down... 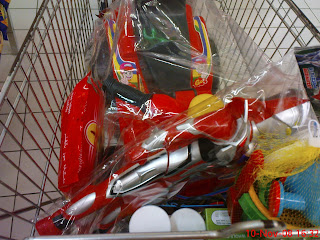 Then when we were in Manchester , my favourite was TESCO. It was huge ! I was TESCO-bias compared to other hypermarkets in UK ; SAINSBURY , SAFEWAY , ASDA and ALDI. Everything was TESCO for me when it came to NO FRILLS products ! HAhahaha Mama had her favourite ALDI in Leicester and there was this cool chocolate wafer from ALDI which was so nice! My all-time favourite TESCO product was their 99p 10 piece jam doughnuts which was damn cheap if you wanna compare with our current J-CO or BIG APPLE.
When I came back home , it was during the time of hypermarket boom. I was never a favourite of MACRO which was the leading hypermarket that people go to then. GIANT moved in and wow.. she became my second love. I would regularly go to GIANT in Senawang which was complete and spend my weekend there if i have nothing to do. I remembered going there straight after finishing my exams and somehow the place really relaxes me !! HAhahahahha
Nowadays , GIANT Kelana Jaya is the place I go to . Sometimes I would just wheel my cart around without really buying many stuff ; most of the time my kids' diapers would be my major buy !!! 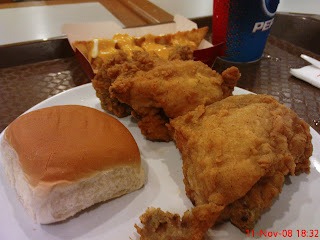 And of course , to top it up. My all time favourite KFC Snack plate !!
Posted by mafeitz at 9:23 am

hey bro ... I have the same habit .. I developed that habit when I was studying in Canada ... was staying alone so spend most of my time just hanging out at the malls and watching people.

tesco's blueberry muffins - 4 for 99p
that was my must buy.. gila murah siot..