Another Raya away from home, this time Cairo

Being in Cairo on the 1st of Syawal seemed like any other day. You do see people dressing up but the celebrations are sombre. I guess it is our own Malay culture that we celebrate the way we do. You dont really see they hype in the media unlike ours. It is summer therefore Fajr is at 330am! Thus if you can calculate the maths, Solat Eidulfitri is at 5am!! :)
The Malaysian population in Egypt is currently more than 10,000! Imagine, before the 2011 revolution; it was double that figure! I never knew there were many of us here either living or studying in this place. No offence but those who's been here must have been really thankful and would think Malaysia in another way. A state which is military governed will never be thrived unlike democratic countries. I've been to Yangon before and i can see the similar style of governance and importance which is emphasized by the ruling government.
After eid prayers we were off to Ustaz Qamarul's place - the local Aman Palestin coordinator. He organized an open house and streams of students were there to celebrate the first day of eid. Of course I did not bring my baju melayu and my attire for the day was the best i had in my luggage.. Haha 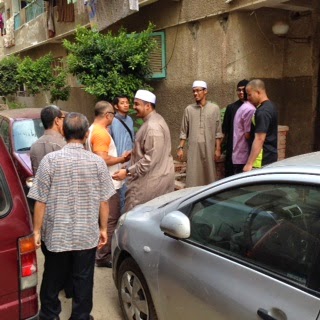 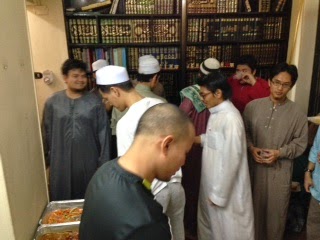 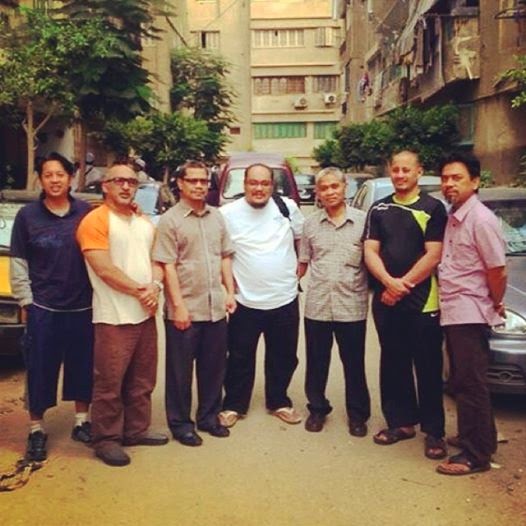 At noon, I decided to follow Farith - the Tv9 media rep on our team to Hayyu Asyir Square, The Malaysian Embassy in Cairo organized the first ever open air gathering of all Malaysian students. It was the square in between the hostels which is sponsored by a number of state in Malaysia. I was quite astonished by this fact upon arrival. The streams of our Malaysian students celebrating Eidulfitri at this magnitude. The new Ambassador, Dato Ku Jaafar thought of this idea in doing something different for the current student population. I thought it was down of earth of him to mingle with the Malaysian population in this way. I am sure he will be popular amongst the Malaysians in Egypt this time around with his approach.
Of course, my job today was a bit different from my normal daily routine. I did help a bit Farith with his story recording and I guess the perception amongst those who were there might have been myself as a journalist hahaha I thought it was fun, to see the scene from another perspecitve. 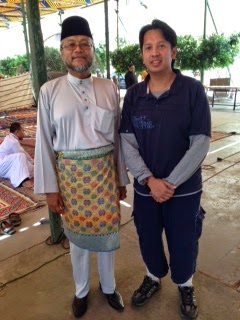 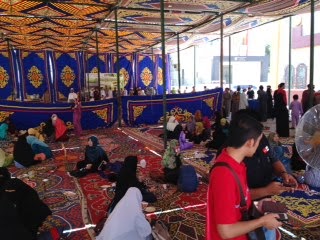 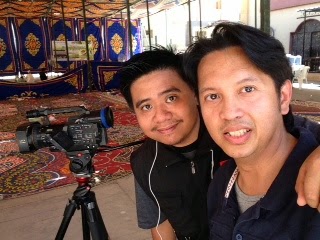 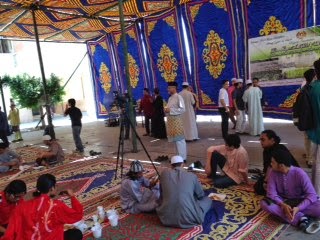 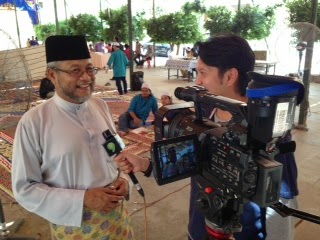 It was an interesting experience, going out to meet up with the Malaysian population in Cairo. It reminds me of my student days and I am sure it is an overwhelming experience for the students' future undertakings.
Posted by mafeitz at 5:03 pm