If you happen to follow the latest news in Malaysia , Islamic issues controversies certainly sparked our imagination. The late Sergeant Moorthy's body tug of war which questioned the Syariah court credibility , the Islamic family law which was resisted by our own muslim senators... certainly testing our own sensitivity in balancing oneself as a Muslim , a Malay and as a Malaysian. If it was like 20 years ago ; things could go into the negative outlook.I cannot imagine how much pain killer Pak Lah is taking to relief his headache. Decisions and Stand must be made firm and fast.. soon... 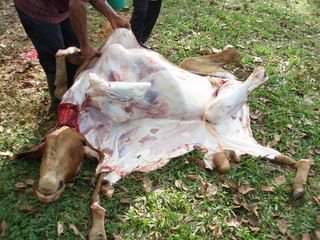 I'm not quite sure whether it is because we are more tolerant now or are we just daft ? Have we been desensitized so much that most of us could not be bothered to even think about the reprecussions or what its implication to our future generation.

Yesterday , the Inter Faith Council had their meeting and submitted a joint proposal to amend certain points in our Constitution. Today MIC pledged to submit a proposal within a week regarding laws affecting non-muslims; Tomorrow , A special cabinet meeting will be held among the non Muslim ministers to discuss about this matter in view of MIC's proposal. NGO's around the country are being very vocal in condemning the current "disparity" amongst religion.

Catalyst towards instability ? Lets watch but please do our part as well..

Wonderful and informative web site. I used information from that site its great. » » »