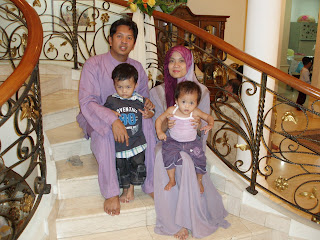 We were in Shah Alam last night. It was my cousin's engagement ; it will be the first one this year which will be followed by my brother's next month. Its nice to have a large family affair as it will be the chance to meet up with relatives ; esp the ones from far away.Of course , it is also Dzaeff and Qaisya 's night out and they were very excited with all the happenings.
We had a big crowd ; it felt as if it was the wedding itself ! The other factor that made people came was also to "experience" the tv series ; Spa-Q ! Haks.. yes , they filmed the series in this house and to the fans they were like .haaaaaa.... hahahaha ! 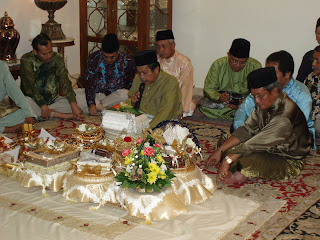 Papa as the spokesperson and I am currently his understudy ! 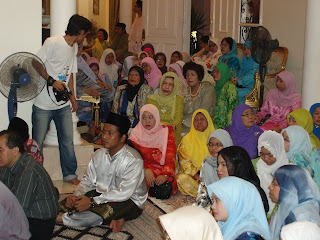 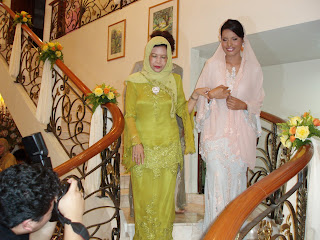 Kira down the aisle with Mama 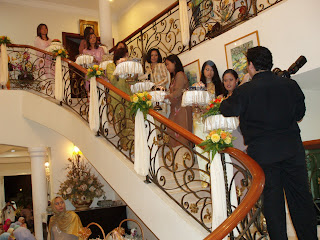 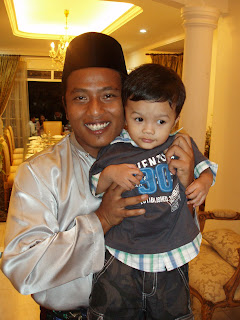 Congrats Kira ! It was a lovely event.
Posted by mafeitz at 11:23 am

Email ThisBlogThis!Share to TwitterShare to FacebookShare to Pinterest
Labels: family