The "real" revenge of the fallen 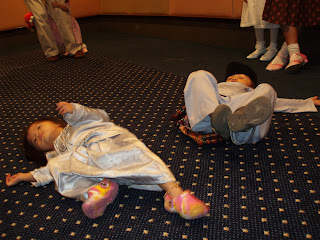 Ironically ; the fallen ones in Perak is exactly doing that ! A "soft" coup-deita in the process. We will know by tomorrow whether will there be a new state government or Perakians will be given the chance to straighten thing out. It is such a mess in Perak which proves that ; the immaturity of Malaysian politics. The politicians whether new or old claim to be the renaissance or agents of wind of change ; total bullshit !
Integrity is the word here my friends and what had happen in Perak whether BN or PR , both deceived us ; the rakyat who entrusted them to serve. Nobody has any integrity anymore and accepting defections such as this is treacherous and in despicable !Sama jer dua kali lima and this proves how dirty politics is ! Memang betul musang berbulu ayam !! There are too many implications either way , and it is best that the people themselves should be given the right to choose.
It is ironic as well , as how it is spelt out about coming to the end of time. When it is never the fight between good and evil ; but the lesser of two evils..

P/s I urge if there is election , for somebody to sponsor that old makcik who tried in KT during GE8.. Lets vote for her and complete the circle of circus !!!
Posted by mafeitz at 9:05 pm

you are right bro. the only ones holding steadfast to their party and principles appears to be the PAS guys. I think to preserve their dignity, they further distance themselves from DSAI. He started this crossover crap from days gone by and look where we are today.

BN supporters, hold your horses. A party formed by jumpers can never be a good one, and what's there to stop jumpers from jumping again.


who's to blame for all this instability?

I blame the rakyat for lending support to an unprincipled party just because they were angry and I blame the leader of such a party who proposed to form a government from jumpers.

Look at the mess we are in.

Good to see that there are Malaysian with principle. I respect you for holding to your principles.