How in the hell did I end up in the Nadal-Gasquet match ? 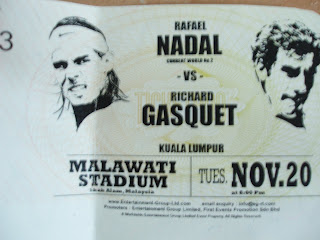 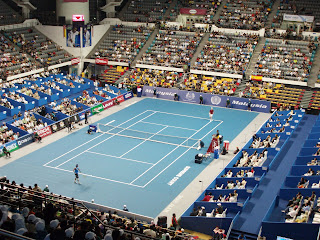 It was by chance really! After picking up my son from his TASKA i decided to visit a friend of mine who's back from UK for the holidays. His house was very nearby so i dropped in. He did actually called me up through his house phone earlier but I thought it was the TASKA calling me ( not that i was late! ).
And he popped the question ..
" Kau free tak malam ni ? " ohh.. i thought there was some kenduri or some religious function.
"OK kot , wife pun takde ni. dia pergi Induksi," I said.
" Kau nak tengok Nadal tak ? " "What !! Kau ada ticket extra ke ? " "Adalah ! takkan aku nak ajak kau !! " Hahahahahahahaha...

And there I was , In Malawati stadium watching the exhibition game between the two World tennis stars. Nadal was as big as how we see him on TV. ( Azalina certainly got to watch his muscular figure as how she was keen for - as reported by TV3 news the night before ! ) .It was an entertaining match apart from the cheezy emceeing by the none other Mahathir Lokman. Thanks man ! Certainly a good way to celebrate me finishing my exams ! 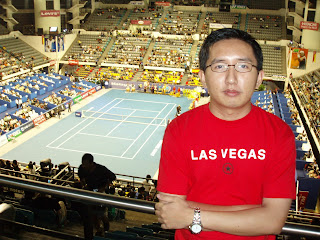 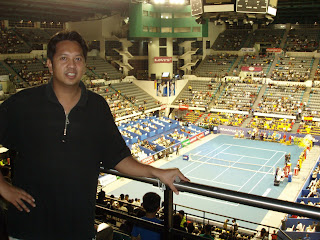 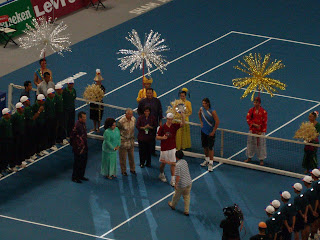